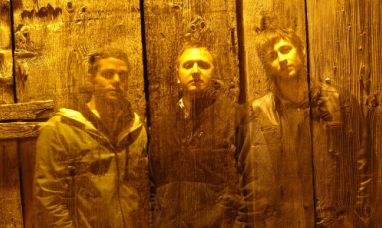 My long-time friend, Brad, taught me about ghosting. In fact, these are his photos shot on his Canon G10 from a small town in Western Switzerland. Ghosting is my favorite technique and here is how you do it.

First, you need a well lit background at night time. In this instance, we found a barn that had a flood light above it. Doesn't get much better than that.

Set the camera to Shutter priority. Set to the longest exposure time possible; in this instance we were doing 13 seconds. Be sure to use a self-timer so that the camera is settled when the shot begins.

Now for the most important part. Stay in the shot, as still as possible, for about 5 seconds. After the five seconds is up, QUICKLY move out of the shot. Essentially, the camera is capturing your image for 5 seconds and the blank wall for 7 seconds, thus giving a ghost-like look. 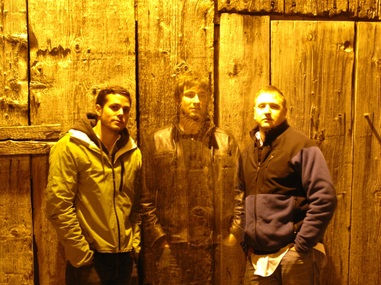 In this instance, we just ghosted Matt. Use the same technique as above, but have only the one person you want ghosted exiting the picture after 5 seconds. The others need to stay in the shot as still as possible for the entire exposure. 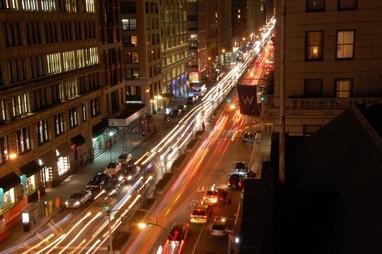 Portrait of a proud Aunt 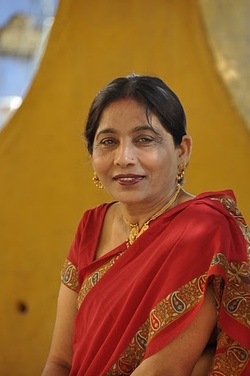 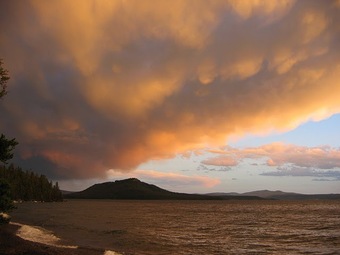 Sledding in the Himalayas 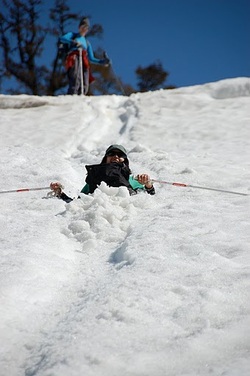 Shefali using her jacket as a sled. March 2009.

Taking in the Taj Mahal 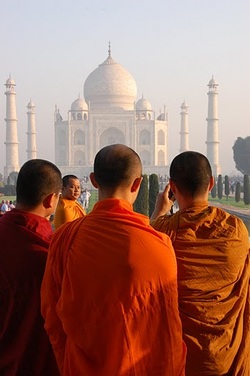 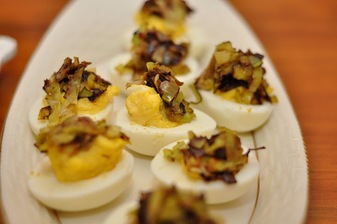 Having forgot to plan an appetizer for a dinner party, I whipped up devil'd eggs with sauteed leeks.